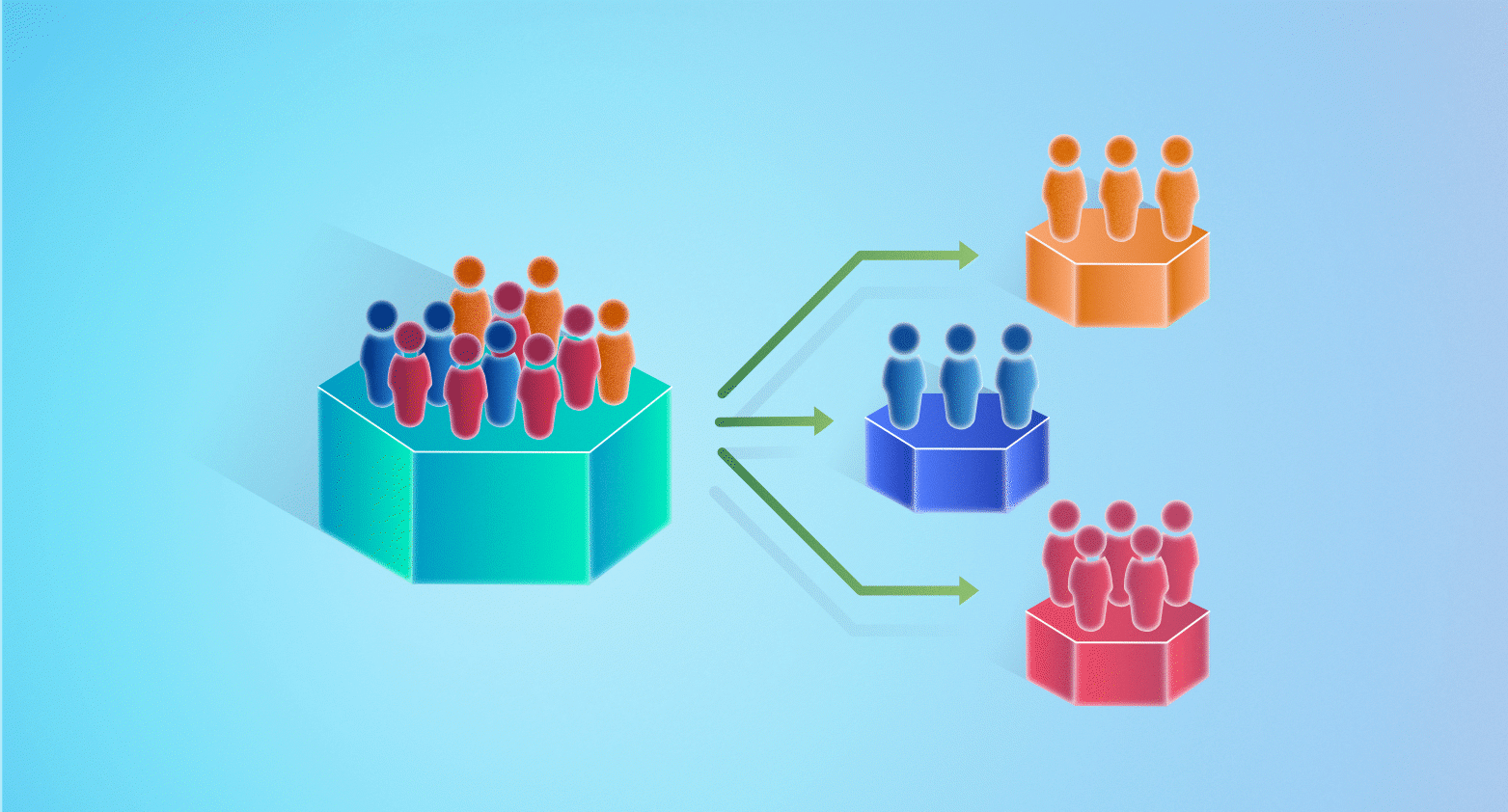 5 Types of Customer Segmentation for the Sports Industry

Home » Blog » 5 Types of Customer Segmentation for the Sports Industry

Giving fans a personalized fan experience poses a real challenge when fan bases are made up of such a diverse range of demographics. Age, gender, location, behaviour and spending power are just a few factors to consider for sports marketers when creating their campaigns.. Demographic segmentation of a fan base helps marketers target their consumers more accurately, consequently enhancing retention and loyalty.

Market segmentation is defined as “the process of dividing a market into distinct subsets of consumers with common need or characteristics, and selecting one or more segments to target with a distinct marketing mix” (Schiffman & Kanuk, 2004). Segmenting consumers is an essential task for marketers, in their effort to understand their consumers needs and characteristics, and develop targeted marketing strategies. Market also benefits consumers, as products and services are then designed to satisfy their specific needs. As a result, consumers will receive better quality of services and will realize higher satisfaction levels.

There are 3 main steps in the market segmentation process:
Segmenting a market into homogeneous subgroups
Selecting one or more segments to market
Position the product or service to achieve a competitive advantage in the market

There are 2 market segmentation methods: 1) a priori, which is generally conceptual and based on past research; 2) and a posteriori, which is data-driven by current research. In the priori method, market groups are formed based on the researcher’s prior knowledge and experience; while in the posteriori method, market groups are formed based on primary research. Cluster analysis is often applied, in the latter case, to identify market groups with common characteristics. The most common segmentation variables are: demographic (e.g. age, gender etc), geographic, behavioral (e.g. frequency and quantity of purchases) and psychographic (e.g. attitudes, benefits, motivation and personality). A combination of various market segmentation variables can also be used. For instance by combining demographic and behavioral variables one could obtain a clearer picture of a consumer. 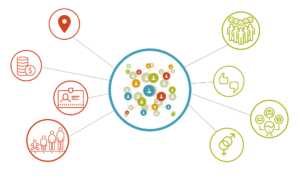 Gender is one of the most common variables used for market segmentation. In the sport marketing context, an interesting development has been the growing consumer power of females. Globally, it has recently been estimated that women control $28 trillion in consumer spending and more than 70% of all consumer-related decisions (Silverstein & Sayre, 2009). As a result, the majority of sport sectors are now invested in the female consumer market. Some relevant examples of this investment include female athletic gear (e.g. shoes and clothing), female health clubs, female fitness programs, and female sports leagues. Nike, for example, predicted that its line of athletic gear for women will have added $2 billion to annual sales by 2017 (and they were right!).
There is also a wide range of brand campaigns in the sporting goods sector targeted at women, such as Nike’s Nike and Women, Under Armour’s Women. Protect This House. I will, and Adidas’s All Adidas Women.
In the sport spectator market, the power of women as a sport consumer has also been realized in recent times. The US NFL is a good example of this recognition, where it has been proposed that the future of the league depends on the female fans. The female market has grown faster than the already mature male market that has its own set of challenges for further development. The NFL seeks to further increase involvement among women in order to create committed fans; if it succeeds, this strategy will be associated with higher revenue for the league. A number of positive indicators of continual growth in the female spectator market have already emerged for the NFL:

In addition, on recognising the economic benefits of the female market, the NFL opened a new website section just for women in 2011 . Similar statistics in relation to the growth of the female sport consumer market have also been reported by other US sport leagues, including:

The list of examples is long and one could keep going forever, but I think you get the point. The proof is in the numbers. Identifying the needs of the female sport consumer is a key topic for further developing the female sport market. Previous marketing approaches that have solely defined female sport consumers through family relationships (e.g. watching sport because the husband or son does, or attending the game to spend time with family) are no longer appropriate. Women are now viewed as distinct and real sport consumers, whether as fans, active participants, coaches or athletes. Female-affinity clubs, for example, as created by several NFL teams, support this new trend, providing not only educational experiences, but also opportunities for networking, enhanced game experience and women being treated like genuine football fans.

Market segmentation by age is one of the most important types of segmentation due to the significant difference between the needs and habits of different age groups.
This variable can be viewed regarding specific age ranges or life cycle stages: children, adolescents, adults, middle-age, and seniors.
For example, many sports organisations create different events and offer different merchandise to target varying age groups. They aim certain clothing, gadgets and technologies at specific age ranges, such as advertising fun, colourful merchandise on TikTok for youngsters, and more classic, conservative merchandise on Facebook or via email marketing for middle-aged and senior individuals.
Not only do age groups and generations differ in their buying habits, but also in how they respond to advertising. They tend to prefer a different tone of voice, and often spend their time on separate platforms and varying times.
Age segmentation for football organisations, or any other sports organisation, is absolutely fundamental for reaching out to fans. It is possible to turn sporty youngsters into lifelong fans by marketing specifically to their age and by engaging them with personalized messages.
But it is just as important to keep your senior fans engaged and loyal, since they are the demographic with a higher spending power.

In geographic segmentation, the market is divided according to the location where consumers live, which can be based on regions, cities, or countries. The common perception is that individuals who live in different locations have different opportunities and consumer behaviour patterns, based on the influence of where they live. Geographical segmentation is also often applied when sport organizations select specific communication channels (local vs. national TV channels, radio stations, newspapers, magazines, events, direct mail-outs). Geographic segmentation , for example, is widely used by sport organizations which have a local profile, such as state/public park and recreation departments which target local communities. Sport event organizers also often use geographic segmentation in terms of targeting national or international visitors (participants or spectators). Sport organizations with international profiles (e.g. European professional football teams and NBA teams) often develop specific targeted marketing strategies for the different continents/countries, where their sports are more relevant, to increase their local fanbase.

In behavioural segmentation the consumer market is divided according to the quantity of product buying, frequency of using a service and brand loyalty. It can be based on simple indicators such as how many games an individual attends per year or how many times members visit a health club per week. It can also be based on a more sophisticated approach, such as using multiple criteria to categorize consumers, according to loyalty levels. Examples of behavioural segmentation variables in sports include the percentage of total games attended per season, the amount of money spent on merchandise per year, the propensity to renew support in successive seasons and the extent to which fans only support the one team.

Psychographic segmentation is probably the most difficult segmentation approach for marketers, as it is generally based on the intrinsic, subjective characteristics of each consumer, such as personal attitudes, interests and opinions. Psychological constructs such as motivation, attitudes, satisfaction and fan involvement are among the most common used by marketers.
Socio-cultural variables can also be used in combination with psychographics. Snowboarders are an example of a consumer group that can be defined by both socio-demographic and psychographic variables. It has been reported that 73% of the population of snowboarders are under the age of 25, that 51,7% are under the age of 17, and that the vast majority are male (74,2%). In addition, their personality profile shows that they tend to be bold, daring and adventure seeking, that they are outgoing and carefree, but prefer to focus on their individual goals opposed to wanting to join and contribute to a team sport.