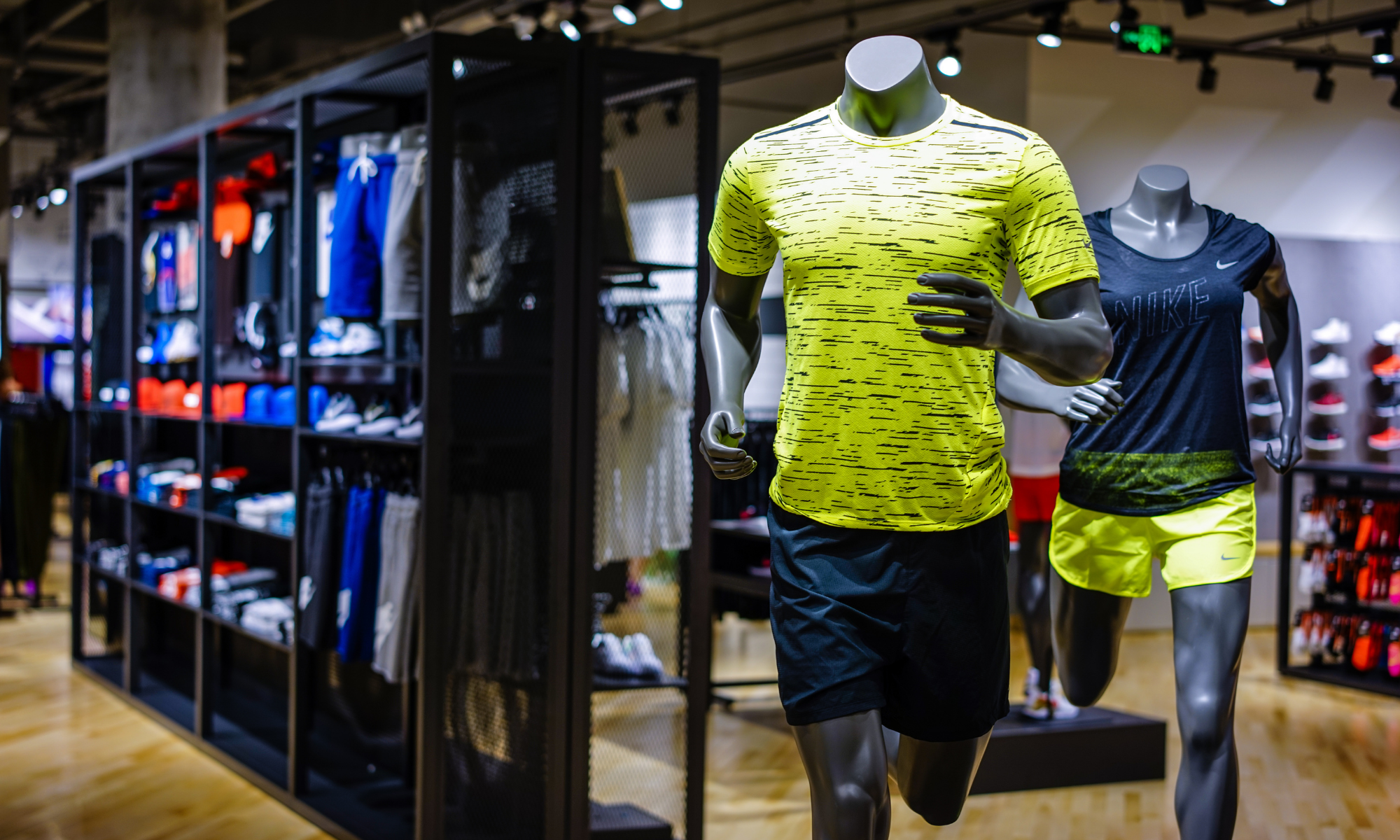 Professional sports teams are commonly described using human characteristics. For example, teams are often characterized as being ‘successful, ’ambitious, or ‘fierce’. Such associations can help teams increase their fan base and attract sponsors, as both individuals and sponsors seek partnerships with brands that express their identity. Sports teams, just like brands, have emotional and symbolic human personality aspects that influence consumer behaviours beyond utilitarian or functional attributes. Marketing strategies using the brand personality concept encourage consumers to think of a brand as having a human personality (Aaker, 1997). From a brand personality perspective, consumers often attach symbolic meaning to brands and often select those with perceived personalities that best reflect or fit their own inner characteristics/traits. Examples of personality traits attached to brands include modern, traditional, competitive, smart, fast, interesting, explorative, innovative and safe.

Brand personality is a symbolic or self-expressive function rather than a utilitarian one. So, how a consumer attaches personal meaning to a brand and identifies with that brand is often more important than the consumer’s evaluation of product-related attributes (utilitarian function). Consumers are more likely to develop psychological links with brands that are represented through emotional meanings and messages. Thus, storytelling via advertisements is a common communication strategy for companies to build their own brands.
In the sport context, there is ample evidence that emotion plays an important role in sport consumer branding. The NBA’s Where Amazing Happens is a relevant example of a brand promotion that involves a strong emotional element. Similarly, Olympics P&G’s Thank You Mom commercial, and North Face’s Your Land campaign focus on the emotional element in their campaigns.
Building a brand personality is an essential tool for most marketers – it has a strong impact on consumer preferences, and has been strongly associated with the development of brand trust and loyalty, due to the emotional connections that strong brands develop with their customers.

The most widely-used brand personality model used in marketing was developed by Jennifer Aaker. In 1997 she published a classic paper at the Journal of Marketing Research in which she proposed, tested and validated what later became the most popular brand personality scale in management literature. This paper is now widely known as Aaker’s 5 Dimension Model, and is constructed as the following: 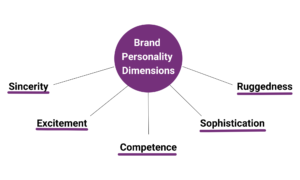 This dimension includes brands that are seen as down-to-earth, honest, trustful and cheerful. Often, sincere brands are viewed this way due to the fact that they follow and communicate ethical practices, their commitment to the community or concerns with consumers. 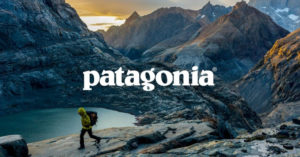 Patagonia is an American outdoor clothing brand, founded in 1973 by Yvon Chouinard. Yvon always loved the outdoors. He was a rock climber, alpinist, surfer, enjoyed fly-fishing and kayaking. Importantly, he was also an environmentalist, strongly worried about global issues and their impact on the natural environment. Since their inception Patagonia have spent decades perfecting their product. They have researched different materials, colours, working environments and environmental ethics to create their products. These are products they are proud of and ones that will promote a safer environment.

This dimension involves brands which are perceived as being imaginative, up-to-date, inspiring, edgy and spirited. This is an attribute that most sporting brands aim to be associated with.

Example of an Exciting brand: Nike 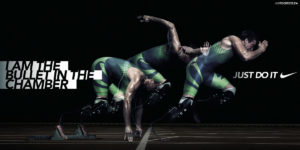 Teams at Nike have long understood that harnessing emotion in service of storytelling is a far more effective strategy for brand building than rattling off features and benefits. “Why do people get married—or do anything?” Phil Knight posted to the Harvard Business Review in 1992. “Because of emotional ties. That’s what builds long-term relationships with the consumer, and that’s what our campaigns are about. Our advertising tries to link consumers to the Nike brand through the emotions of sports and fitness. We show competition, determination, achievement, fun, and even the spiritual rewards of participating in those activities.”

Competent brands are the ones which are primarily seen as being reliable, responsible, intelligent, and efficient. These consumer perceptions are often based on how well a product or service performs, and how the organization behaves in society and in the market.

Example of a Competent brand: Apple – in this case the Apple Watch 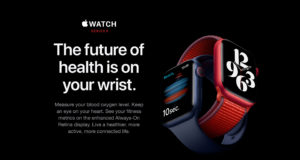 When purchasing an Apple product, you know you’re spending your money on something that has been tested and improved on a thousand times before it hit the shelves. From simple notifications, one-touch-payments, fitness tracking, and even monitoring your heart beat and blood oxygen levels, there is almost nothing this gadget can’t do.

Example of a Luxury brand: Lululemon 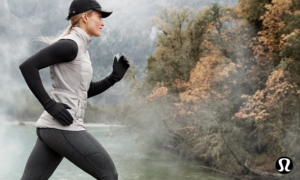 There is a reason that Lululemon is one of the best-known luxury sportswear brands in the world – the quality and fit of the products speak for themselves. Whether you are a runner, obsessed with barre or actually just want some flattering loungewear to wear when you’re working from home, there are few places with a better selection on offer than this Canadian label.

This dimension includes brands that are seen as outdoorsy, tough and generally speaking more masculine. 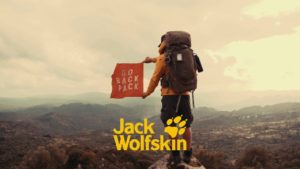 The story of Jack Wolfskin begins around the campfire, somewhere in the rugged wilderness of Canada. While sitting together with friends in the evening, company founder Ulrich Dausien has the brilliant idea: his still nameless new outdoor brand is to be called Jack Wolfskin – a tribute to the famous novel “Call of the Wild” by Jack London and in reference to the wolf’s pelt, which protects the wolf as well from the elements as Dausien’s planned outdoor products are to protect their wearers. That was in 1981, and the native of Hanau, Germany, was just 24 years old. As early as 1983, the paw logo adorned a product for the first time – it remains the brand’s iconic identifying mark to this day.